If we want to sell more citric fruit for fresh consumption and increase its value, in addition to having the right product, price and distribution, we must ensure that the communication enhances the positioning that makes us more competitive in time. But in order to know this positioning, the question we have to ask is clear: in what context and with what attributes are citric fruit the best alternative amongst all of the products that can satisfy the same needs?

When I try to answer this question, the first thing I see is that the two main citric fruits, oranges and tangerines, have different contexts of consumption and attributes and must therefore have different positionings, something which means that the messages in the advertising campaigns also have to be different.

In the case of the orange, the attribute I choose to make it more competitive is its capacity to be drunk (a capacity shared by the tangerine, but for which I will choose a different characteristic) and the context, where I enhance the strength or attribute of the juices.

Continuing with this logic, in principle the ideal positioning for oranges would be: “the orange is the best fruit to be drunk”, but as we are competing in the context of juices in this kind of consumption, if we want to win in this context the position would become “freshly squeezed orange juice is the only one that allows us to enjoy its true flavour”. Let’s see why.

No other fruit so easily becomes an exquisite juice nor has a household appliance so widely developed for it as the squeezer. This property has also created a giant orange juice industry but, much to the dismay of the industrialists, no technology has been developed, nor do I believe any will be, to achieve a packed juice that rivals freshly squeezed orange juice in flavour. This should all be great news for our farmers, as this is the most important value for a large segment of European consumers. We must not forget that freshly squeezed orange juice in Europe would generally be Spanish and that packed orange juice mainly comes from outside the EU.

As happens with all products, consumers also have to choose. If they had to choose between a freshly squeezed orange juice or a packed juice this means that one is a competitor of the other, in other words the farmers’ competitor in this market segment are the large national and international juice companies. We might consider national direct juice companies that use Spanish oranges an exception, but even so, the profit for farmers is smaller than if the same oranges were used to make juice in the household.

Minute Maid, Tropicana, Pascual, Don Simón, etc, struggle to see which is the best and sells more. The good news is that the best of them is still light years behind freshly squeezed orange juice in quality as there is a great difference in flavour, colour, smell and palate. The bad news is that these brands have huge budgets for advertising and promotion, highly affordable prices and perfect distribution, in addition to comfort and speed in consumption.

Freshly squeezed orange juice is a much better product, but logically has a higher price as a product of greater quality, distribution in the households and growing distribution in cafeterias and a currently non-existent communication as such. If we reflect a little on all of this, we will see something decisive. This large difference in quality, which above all is the flavour in the juice experienced by consumers, is not habitual between two products competing on the same market. What is normal today is that the publicist goes mad trying to find what is unique, different or superior to the competition in its customer’s product. All of the products are becoming more and more similar, the competition is increasing and it is more difficult to stand out. There are many good wines, cheeses, oils, or fridges, cars, banks, etc.

As this is the case and above all knowing that we are talking about a competitive edge that will probably be maintained, why is this not currently being used to the benefit of the sector? I don’t want to suppose anything.

However, considering that there is a middle-high class European segment of population prepared to pay more for better quality products such as freshly squeezed juice and that they are also prepared to make an effort and invest time in everything that gives quality of life, like doing sport or making juice; supposing too that we are aiming at this population in an advertising campaign in which our objective is that part of the packed juice should be abandoned in favour of consumption of freshly squeezed juice and we manage to make off with 5% of European consumption in three years, how many kilograms of fresh oranges would disappear from the lines? For if 2.5 kg of our oranges are needed to make 1 litre and 4 million tons of packed juice are drunk in Europe, 500 million kilograms of oranges would disappear from the lines for this use, which would have a positive effect on the price of other fresh oranges and tangerines as it would suppose eliminating a large percentage of our production from its habitual form of consumption.

I must say that the present inactivity in transmitting this positioning has not always occurred. In 1996, in Mercamadrid I proposed a television campaign subsidised by the EU and supervised by the MAGRAMA in which I gave two ideas. In the first, freshly squeezed orange juice was compared with packed juice and on the screen we could read “squeezed, sieved, pasteurised, concentrated, diluted, preserved and packed” and in the end a glass of juice shown alongside a brick pack followed by half emptied oranges piled up alongside a glass of juice (with a better appearance), saying “with a manufactured product you lose in health and all of its flavour. With freshly squeezed juice you only lose 2 minutes. You choose”. I met with the rejection of the politicians with this commercial, as it damaged certain interests. Eight years after this proposal, Zumos Pascual did the same but the other way round in a comparative commercial criticising and laughing at juice squeezed at home, comparing it with the comfort of the brick pack, a line to which other brands are now adding given the warm reaction of the sector and the public administrations.

The proposal put forward as an alternative and accepted at the time was to use a little girl of around five years of age in the commercial, who described the artificial desserts that she was shown and didn’t really know what an orange was when it was put in front of her. Something is better than nothing.

Two years later in a campaign we made for the Ministry of Agriculture, I focused on the subject of lifestyle. A very happy mother went into her office and said to her workmates, “my son has said mummy”, and then she fell serious for a few moments and said “but she said it to the babysitter”. Then the commercial showed a person making juice with the words “don’t miss out on the best things in life for the sake of a few minutes”.

In the year 2000, I followed the same line for the first campaign for Intercitrus. The chairman of the time told me, “we have to make people peel and eat oranges” and we lost the tender. This freshly squeezed orange juice line has since been abandoned.

However, I think that if people’s tendency is to drink oranges and to peel and eat tangerines, in order to be effective advertising has to follow these tendencies, in other words, to follow the consumer’s desires and not the other way round.

The second competitive positioning I referred to above comes precisely from tangerines, but here the context I choose to be more competitive and to fight is that of all industrial desserts, yoghurts, crèmes caramel, ice creams, chocolates, etc.

And the attribute to win in this context is the ease with which they are peeled, along with the fact that they are 100% natural. These two things together give us an ideal positioning for tangerines: “the natural dessert you enjoy more because it is easy to peel”.

For the following Intercitrus campaign I went in for, I joined forces with a great creator and friend of mine, Mariano Mancebo. This is also gave me the chance to work with an international network with which I later associated, Publicis. I told Mariano that my strategy was to position tangerines (and oranges too, by order of Intercitrus) in the context of desserts, as oranges and tangerines are the natural dessert par excellence, and to battle against the other artificial desserts by highlighting their drawbacks. The first commercial we made along the lines I suggested said, “Don’t you think we are giving our children too many artificial desserts, too much sweet and fat? Think about fresh oranges and tangerines, they have fresh vitamin C and pure fibre. Get it in your head”.

As a conclusion, I believe that if orange and tangerine advertising campaigns were made to be more effective, they would have to be distinguished in the content of their communication, for it is clear that they have different attributes that give them different advantages in different contexts. The only thing that unites them is their vitamin C content, something which is already known to everyone. The important thing is to choose one path and stay with it, as if the competitive edges do not change, the communications strategies should not change either; what must change from time to time is the creativity.

I do not mean that it is not possible to promote eating peeled fresh oranges, but that we must have preferences depending on the better-than-expected result. Therefore when one path is used up, another must be started. When Danone came to the end of the children’s target, it began with a historical campaign aimed at parents through their children and continued to increase its sales.

Many years with excessive offer, high costs, the lack of union in the sector and the lack of commercial vision have left farmers without profits.

Apart from making a large, continuous campaign in Europe to motivate a change from packed juice to the product freshly squeezed at home, in years of surplus production I would try to carry out a large promotion to eliminate the surpluses or at least to minimise the effects. I would therefore give away a bag of cheap oranges with a squeezer for the purchase of oranges for fresh consumption in order to facilitate the process of replacing the pack and creating the habit of squeezing oranges.

Many errors were committed when this idea was tried in the past. If there is a good strategy, internal communication throughout the sector to encourage collaboration and coordination, a good plan, logistics and good management throughout the promotional cycle (which was the aspect that most failed), citric fruit producers will see the results with this kind of promotion. The easy thing is to throw in the towel.


Events, An analysis by sector: ideas to increase competitiveness. 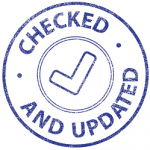 An analysis by sector: ideas to increase competitiveness.